When Mario Bisceglia, patron of the homonym winery, proposed me to work on his cellar, I decided to develop two key aspects of the project:
First, to elaborate an architectonic rationalization of the edifice, completing the structural area already begun, in order to confer the building a distinctive architecture
Second, to give the cellar the aspect of the modern enterprise, in a traditional area such as that of wine production, linking to the territory a dynamic production, able to concretely express the technologic and innovative contribute of the productive process – essential component for the quality of the product – and to give consciousness of the wine, thus overcoming the contradiction of the traditional cellar as is generally offered to the collective imagination. 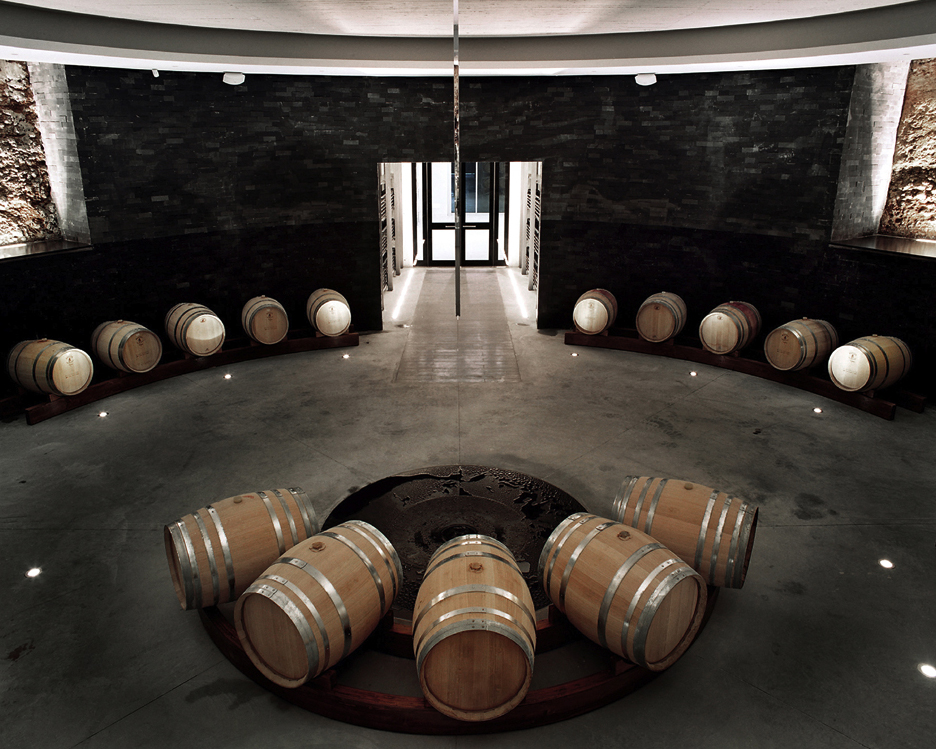 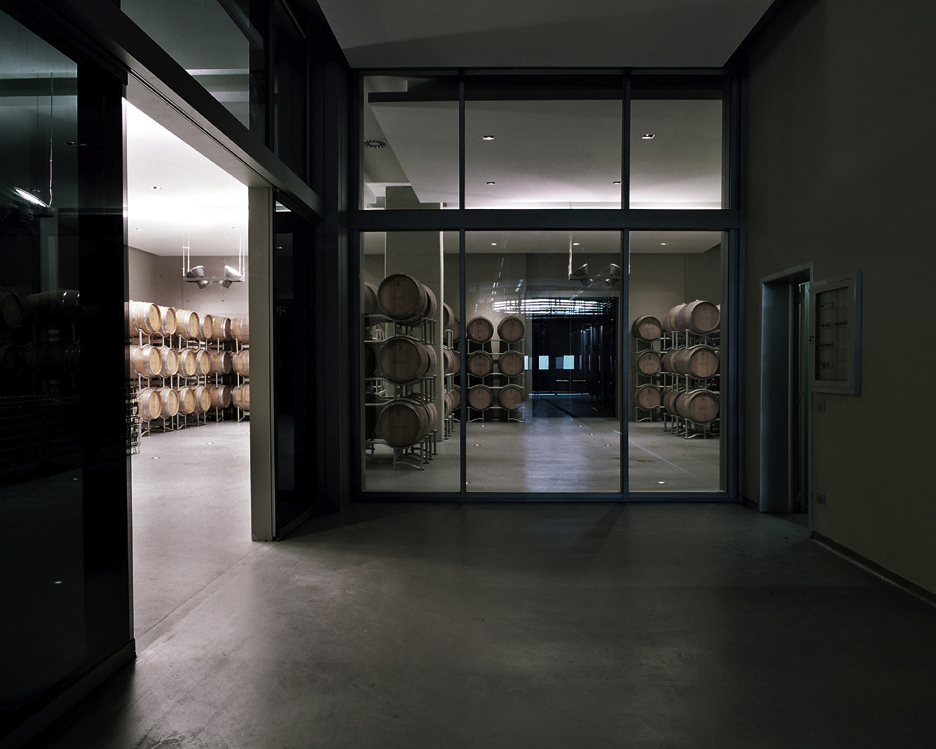 Key to the project were the contrast between modernity and tradition, new technology and archaeological remnants found in the site, the mysterious charm of the underground barriquerie and the path to the light of the external world, closely linked to his own territory (volcano, water, ground and history). So, a project intended as a synthesis of the different aspects, prerequisite of the intervention, must conjugate tradition with innovation, knowledge with research, production site with territory, to create a structure able to gradually lead to the total immersion in the Wine world. Large windows in productive area and offices characterize winery façade. They overlook towards archaeological remnants, creating a visual and physical link between factory and territory, inside and outside. A line created by different volumes and different materials: glass, steel, aluminium, concrete, wood, dark stone, water… like a musical note. The world outside the factory linked to the mysterious world of the winery through
light and water.The result is an organic intervention well-integrated into landscape and territory, a building that for the activities settled into it mainly develops underground, mixing itself with the typical mediterranean flat country, market by the large volcano (Vulture, with his two crates that are lakes now). Places and functions designed in different enterprise parts (production, delivery, administration, marketing, visitors spaces with sell and wine tasting areas…) following this line paths and functions are projected ad physically separated, but at the same time functionally connected. The building expresses the challenging will of Bisceglia farm, where the winery is intended as a forum, a meeting place, a site of confrontation, knowledge, meditation, such as a cultural lab. 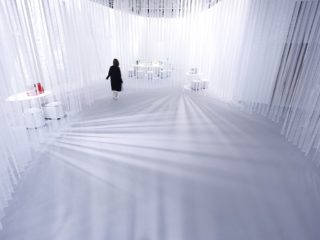 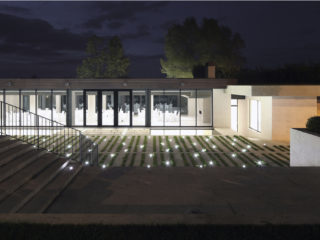